Cristi Mezei (who’s domain seems to have expired) sent me an IM notice yesterday containing some great news, namely that one can now receive and withdraw payments to / from a PayPal account opened from Romania. Withdrawal only works with US bank accounts however you can also withdraw money to your (Romanian) debit / credit card for a flat fee of 2 Euros (if I remember correctly).

This is excellent news for all the Romanian freelancers out there who wish to carve themselves a living working for clients abroad and who, until now, were limited to “complicated” Western Union payments and such. Well, not anymore.

So, go ahead boys and girls, earn some honest money.

Update: It is confirmed, at least the receiving part, I just got 2 Euros as a test from a friend. I’m rich!

Help me grow a (virtual) forest

By clicking this link…

Romania does it again

I just found from one of the ROSI members (Laurentiu Buzdugan), that Romanian Standard Association (ASRO) was one of the few countries representatives who approved without any comments the Microsoft OOXML proposal! (For those who are not familiar with it, there is a quite straight forward explanation on Wikipedia about OOXML and ODF.) Can you imagine? No comments or nothing, they just say “OK, we totally agree with Office Open XML”!</p>

This is nothing short of disgusting… In a world where countries straight out refuse the format because, well, it’s REDUNDANT to say the least, Romania just accepts it without any comments. I don’t even think they studied what it is or anything, they saw Microsoft written on it and they accepted. What do you mean, why!? Because it’s Microsoft, stupid!

Well, I’m pretty sure nothing can be done for Romania to unswallow MS’s (no bad words today) but FYI here’s the banner linking to the 6 unanswered questions on MS OOXML asked by the Free Software Foundation:

Read and judge for yourself. 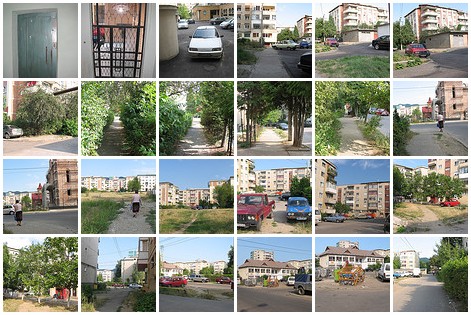 I had an idea and I took a bunch of pictures on my way to work. Here’s the result. Don’t expect anything artsy. What you should expect is a virtual walk through Baia Mare. Just like being there.

Oh, by the way, I’m trying to organize a meeting for Flickr users from Baia Mare. Looks like it’ll happen sometime during the next weekend. Check it out and if you’re interested, join us.

Want Pownce? Leave a comment providing a valid e-mail where you want the invitation to be sent.