Stuff worth mentioning (in no particular order, as usual):

That’s all folks. At least for now…

After a almost 2 years… It was time for a fresh Windows install. Mostly because my svchost.exe would take on some power rides during which it would eat 99% of the CPU. And I can tell you that this is really annoying. I have a truly handy boot CD containing all the utilities needed to put a PC back on it’s legs, which I updated with the latest virus definitions, booted it, let it scan everything, but neither F-Prot nor McAffe found anything. No virus. No spyware. No nothing. And still svchost.exe was driving my CPU and myself crazy. So I took a deep breath and with a quick hand movement formatted my C drive and then installed a shiny brand new copy of Windows. The SP2 flavour. It shouldn’t give me headaches for a while. Or at least that’s what I hope.

Unfortunately I forgot about backing up some stuff though: my Firefox bookmarks are all gone (thank God for del.icio.us), also my FTP configurations from Total Commander went to the eternal byte fields. Time to set them up again. But hey! In exchange I rediscovered that I have a 1.66 GHz CPU. Not a freakin’ slug.

I couldn’t start explaining how much I envy one of my friends (hello Cosmo!) and for that matter anyone who owns a Mac. :-) 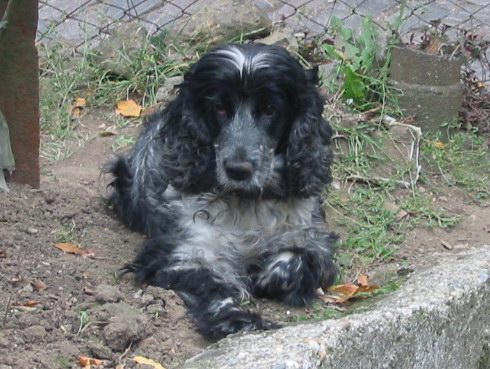 She will be dearly missed.

And that’s just the start. Too bad I can’t see the slopes at Mogosa because of the clouds…

Wow wow wow! This is surely one of the most enthusiastic posts in this blog. :) An afternoon of exploring lies ahead of me.

Update 2: Gabriel discovered that you can search for “place name romania” instead of scrolling around like crazy.

This morning we were rejoicing -

Note that okazii.ro is the Romanian equivalent of Ebay.