Show me the money

You can find out your blog’s value too. Via Deea.

I’ve been having problems getting Flickr to work with this blog (the ‘Blog This’ button in Flickr to be more precise) but I finally managed to solve the issue. This is for everybody who upgraded from an earlier version of Movable Type: delete your old config file otherwise Flickr will refuse to list your blog claiming you entered a wrong username / password combination. I was already bashing my keyboard at a point and then gave up for a while but later I tried using some photo printing service, which reported the exact error and so I started playing around with the config files… Now everything is working fine and I’m dreaming about a Pro account on Flickr… :-) 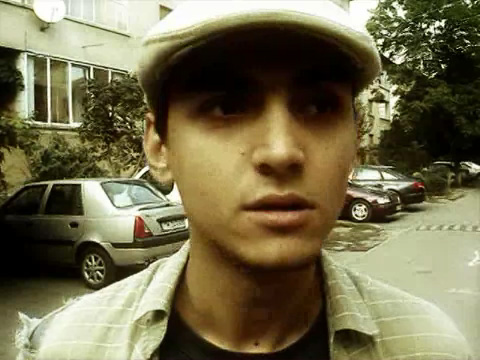 Yep, here it is ladies and gentlemen: the promo in high (3 MB) and low (900 kB) quality (QuickTime is a must). Take your pick. Plus there’s the mini site dedicated to the festival which is choc full of useful infos. Enjoy, drool and get ready for the event itself, because it’ll ROCK!

Oh, the wonders of the Internet!

I was digging through my stats and I saw a few hits coming from Cristi Streng’s link page. Opening that page I saw two things: a link to my previous post marked with a ‘Wow’ icon (I would rather mark it with a ‘Boo!’) and a link to Engadget stating that it’s finally official: Internet giant eBay bought small but ubercool (at least until now) Skype. For none less than $2.6 billion. That is 2.600.000.000 dollars. Now that really deserved that ‘Wow’ icon. The tech savvy crowd’s reaction is pretty much the same as with Yahoo! buying Flickr. Just look at the comments following the entry on Engadget. I bet that if Skype was more of a web based application we would see a “we’ll jump ship” crowd forming in the next few hours or days just like on Flickr. But it’s not web based, it’s just a program running on the user’s desktop and I bet that many will have no ideea about what went on below (or above?) the hood and they’ll just keep using it because of the great audio quality it offers.

It’s fairly obvious that eBay will start integrating and promoting Skype on their auction pages to help ease communication between the buyer and the seller, as they announced this in their press release. I tend to think that this is a good thing because it’s one thing to sit down and write someone an e-mail / message asking about the auctioned item and completely other to press two buttons and just shoot away questions in the most natural form of human communication. Except if we’re talking about used underwear of course. We could even say that eBay has it’s own IM client now. What I don’t really like are the implications of the statement that they’ll integrate the service with PayPal. The first thing that comes to my mind is that paid calls to regular phone numbers via Skype will become unaccessible over the night for us, Romanians. You know, because we’re not on PayPal’s world map. We’re on PayPal’s CAUTION FULL OF SCAMMERS map.

What other changes will this acquisiton bring? We’ll live and see, eum, I mean, hear.

OK. So here’s a fact: I’m an RDS subscriber and I’m paying for the highest possible subscription available for the grand public and that’s the $19 priced “Unlimited” flavour as listed on their randomly online homepage. In fact lately all their subscription plans were stamped with the “unlimited” label but we’ll see about how unlimited that is a bit later.

What do they say I should get for this money? Well, first of all 2 e-mail addresses. I couldn’t care less about them, I have various domains registered, I can create an unlimited number of e-mail accounts for myself and so I don’t have to cope with their mailserver’s quite frequent downtimes which are neatly duped “technical difficulties caused by spam”. Always the same problem, but at least in the past they appologised by sending out a mass e-mail. But since then they bought up almost everything that’s ISP related in this country except Astral… eum, pardon, UPC and they changed their manners. For the worse, obviously. I say they should call these outages “technical difficulties caused by major incompetency and complete lack of care for our customers”. Oh and I don’t neccessary desire answers from the jackass at support like “your Outlook Express has a bug” after trying Outlook, Thunderbird and finally telneting their mail server just to get a nice connection refused error.

Moving on: they state that the traffic between two subscribers based in the same town is not counted. Well, right, that’s the spirit boys, let’s create small local churches: “What, do you want the Internet? We thought you just want to download crap from your neighbour.” Who you could visit with a bunch of CD-R or DVD-Rs if you’re so desperate about your traffic meter.

Then two huge numbers are listed which make any average Joe Romanian citizen praise them to Holy Heavens. These are the included free minutes for the included free telephone service. I’m not really commenting because I’m only using up a few of these minutes monthly and the sound quality of the service is good. But if I’d be a power telephone user I would have a concern though and that’s the impossibility of checking how much of your free minutes you have consumed and how much you have left. They have no number you can call as both Orange or Connex have neither a page with a login where you can check the status of your account. And the official site of the service, well, it’s unfinished although the service was launched almost two years ago. And you can’t really find info about the subscription service as they mostly use the site as a marketing tool for their prepaid cards.

The next bullet is my favourite part. It says “NEW! Speed up to 768kbps”. Oh yeah baby!!! By reading the page you would think, I’m getting one of these and I’ll browse away free. Not so fast amigo. Let’s take it historically. On the 5th of May when the grand announcement was made I noticed my download speed suddenly jumping up to an unbelievable 90kB/s. I said “Oh dear! The boys must have messed up something…” And I was right because it came back down to the good old 128kbps really fast. Complemented by the usual 256kbps by night (23PM - 8AM). Then after a while they changed something so it went up to 256kbps at 5PM and lasted like that until 8AM. At the beginning of August I had another round of fun with full 768kpbs for two days and then BAM! everything went bad. Really bad. And by that I mean that for about two days I had speed worse than dial-up. I kid you not. This was during a weekend. I called them on Sunday evening and asked what’s happening. The guy at support said it’ll be solved in a moment. I called them again in about an hour and he said, well, the tech boys are only coming in Monday. I asked myself what’s his role there then but I said OK. Monday another call. Answer: “The boys are on it. I’ll call you back.” OK. After two hours of waiting I called again. And called. And called. It was whether busy whether ringing and ringing and ringing until it cut me off. After 4 hours of continous calling the idiot finally answered and said the usual text about how my speed is not guaranteed and bla bla fucking bla. I blew and threw everything I could find at him saying that I’m full of his bullshit about his phone that has 2 lines and that’s why I called 4 hours in vain (I witnessed it live once that while I was phisically near him his phone was ringing and ringing) and that I know that I’m only a customer and they’re the big RDS and I know that they couldn’t care less if I leave them or not and then I hung up. I was on the edge with my nerves that day. Btw, I noticed a pattern. You call them, they say yes you went over your alloted traffic limit last month, and your speed is not guaranteed. Well you idiots, I understand it’s not guaranteed but why doesn’t it ever pass over 256kbps if it says 768kbps on your site? Even if you’re downloading from the world’s fastest site, even if you have 1 million sources on BitTorrent. Not one bit over 256kbps. But I’ll answer my question myself: because it’s a marketing gimmick to atract more fools…

As an update, nowadays I’m getting a constant 128kbps. No more day and night differences, no more speed difference with the RDS approved crap sites (like linux.ro - carrying last year’s Linux distros, linkmania.ro - who the hell wants to play Counter Strike? or home.ro / go.ro - yeah, I really want to get 1 out of 10 e-mails or less), it’s all the same. And all this while I’m paying for 768kbps. Welcome to the wonderful world of telecommunications monopoly! Should I call the “support” guy to listen to him reading from the big book about my unguaranteed speed and other bullcrap? Thanks, but I think I’ll spare my nerves.

The last bullet of the features their suckers, uuuh, I mean subscribers are not getting lists the “I love link” program which leads to a page mentioning long outdated stuff like paying for your extra traffic, which makes the credibility of the other informations listed really questionable. In fact let’s say it: it’s a filler link. Oh, and I almost confused this with their Team Link program which basically means that if you lick their asses enough by posting positive reviews of their crappy services to forums, weblogs and whatnot you get points and if you collect enough points you eventually get some branded crap like a t-shirt, an umbrella or a hat so you can go out and advertise them for free.

Well, how many points do I get after this blog entry you lying, incompetent, monopolist fucks?