Not here, not on my computer (touch wood) but on the server that hosted drumandbass.ro, supermagnet.ro, 4elemente.ro, Deea’s blog and probably many other sites.

I don’t know anything about Deea because I haven’t yet spoken with her and I don’t remember if WordPress had any push button backup feature and so I’m a little afraid. Although Google’s cache can be of tremendous help in situations like this (hint!). Lucian from Supermagnet said that he made backups frequently so he’s off the list of the badly affected.

The bad news is that drumandbass.ro was last backed up sometime at the beginning of October right after I installed the forum attachment mod. We were analizing the different scenarios with the guys from the crew today, but I’m still hoping for at least a partial recovery… I should have suspected something was wrong because two nights ago the forum suddenly stopped working and displayed weird errors. I managed to repair it uploading the necessary files from the October backup but it was truely strange and unexplainable because only two people (Lucian and myself) have the password for the FTP and none of us logged in lately. And so came today’s morning. When I went online the site was already offline but the news of the hard drive crash came only later from a guy who was in contact with the webmaster of 4elemente.ro which at his turn probably called the hosting company to find out what’s wrong.

Let’s cross our fingers and hope for the best.

UPDATE 1: December 19, 2004 - Hooray! The FTP is server back and the files seem OK. Can’t connect to the database yet. We’re waiting for some info from Reea.

UPDATE 2: December 20, 2004 - I just finished uploading the 70 megabyte backup file that dates back to October. So for the moment the rest is up to the Reea boys. Probably tonight or early tomorrow morning drumandbass.ro will emerge as if it was frozen in time for 2 months. Let this be a leason to do those damn backups more often…

UPDATE 3: December 20, 2004 - The guys from Reea put up a temporary index page explaining exactly what happened and what to expect. I submitted a support ticket and I’m waiting for an answer, which I’ll probably get tomorrow.

UPDATE 4: December 21, 2004 - The site was put back online today using that backup. There’s a lot of work ahead of us to put back some of the content we lost. Unfortunately hundreds of forum messages are gone for good. But there’s nothing to be done now, life goes on…

I’m trying to hack together a small and simple search engine for the (not so) few Romanian RSS and Atom feeds that exist today. But the special characters are killing me slowly and painfully.

For starters here’s a well documented page with the Romanian alphabet using the correct Unicode characters. Looks nice on Firefox but when you load it Microsoft’s one and only browser some of the special characters get replaced with nice empty boxes. In times like this I wish I could scream like that guy from Two Stupid Dogs: “Now, ain’t that cute? BUT IT’S WRONG!”

To make it simple: Q: What do you get when you mix together a powerful Redmond based company and the Romanian alphabet? A: An incorrect Romanian alphabet. I wish to remind everyone that we’re not Turkish, our “sh” sound is written using a “letter s with comma below” not a “letter s with cedilla” even if we see this error in almost every document we read on- or offline. I’m referring here to offline documents produced by the almighty MS Word which everybody in Romania uses, because at least the publications (or most of them) use the right version of the letter and I guess this is because they’re edited on Macs using Adobe products. But I trailed off…

What I actually wanted to do in my project was to convert malformed Romanian characters to their proper counterparts when fetching and storing a feed entry. But what’s the use if the dominant operating system and browser out there favor the malformed version? The conclusion is that I’ll do it like this anyway because this is a hobby level project and I’ll eventually make some conversions again when extracting the data… At least my database will contain proper Unicode and I’ll have my peace of mind.

Yesterday night I arrived to Baia Sprie with a friend and when we reached the school where we were supposed to vote it was 8:59. We boldly entered and asked the police guy if it was still possible to vote. He said we have 50 seconds. Right… So we put the stamps on the right places, received some ‘thank you’-s for the fact that we voted and then went home. The first surprise came when I saw the percents on ProTV which were announcing a tie and respectively a very small advantage for Mr Nastase.

And then the second one this morning. Entering a local chat room I saw a guy shouting that communists got fucked and Basescu won. I got convinced by checking out some sites. Opening Yahoo! Messenger I saw lots of status messages referring to the victory of Basescu. To tell the truth I wasn’t expecting this, but it’s good. How good? Only time will tell, but it’s a lot better than Nastase anyway.

As of writing these lines 92.1% of the votes are counted and Basescu has 51.75%… Oh, and here’s a related (photo)blog entry (in Romanian) I really liked. 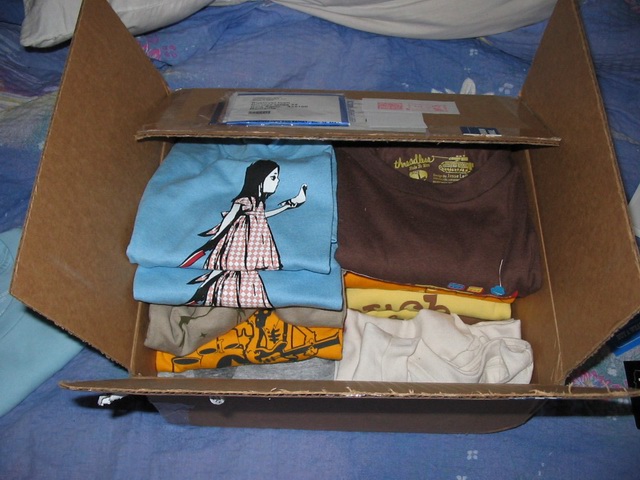 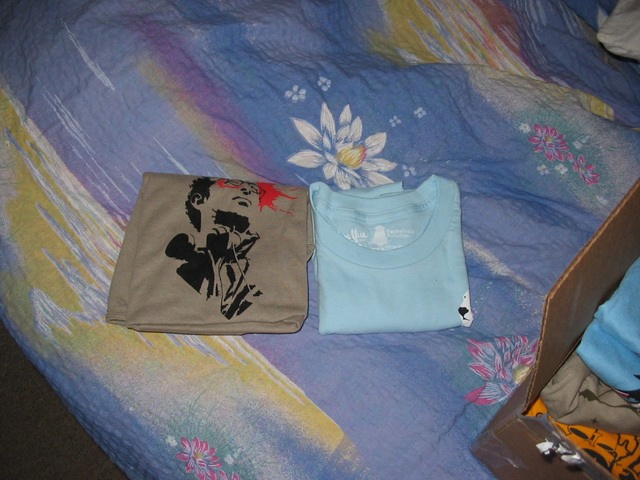 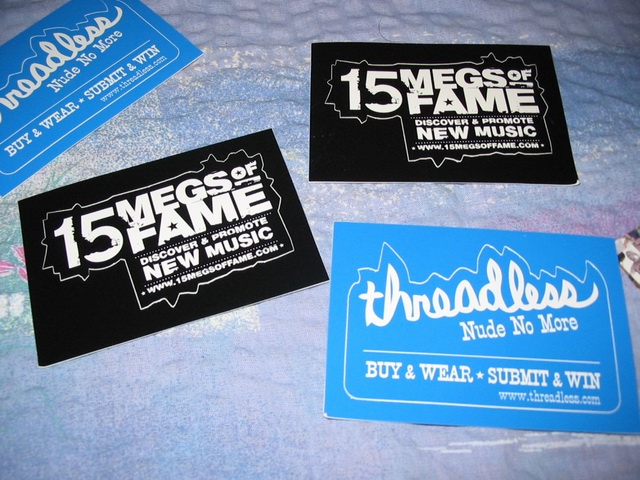 Whooppie! No, I don’t want to upset anyone, I just wanted to express my joy. The interesting fact is that only two of the t-shirts from all those in that big box are ours (the ones in the middle picture), the rest of them will continue their travel to Bucharest tomorrow… And the novelty this time are the stickers as I never got any from Threadless before. 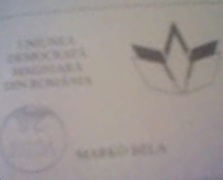 Yeah, I actually went to vote this year… With my parents. Not that I care too much or even know too much about politics. The good news is that 30 minutes after taking this picture I was on the slopes trying out my new second hand Nidecker snowboard I bought a few days ago. And all I can say is that it’s PERFECT! Whoppiedoo!

PS. Sorry for the low quality of the photo but that’s all that my T610 can do.