So now that MacHeist 3 is almost over and I filled up on Mac software, it’s time to write a few words about Windows software I use because I’m forced to use by having a Windows PC at work…

First up is Fences. It’s almost a know fact that I’m a disaster when it comes to keeping my desktop tidy. It’s usually a mess of icons taking up at least half if not three thirds of the real estate. So a work collegue recommended me Fences (no, wait, he didn’t actually recommend it, he said INSTALL IT!) and indeed it did miracles. Basically it neatly organizes the icons on your desktop in “zones” aptly named Quicklinks, Recent things, Files and documents, Programs, etc. You can of course rename and reorganize these zones as you wish but it’ll mostly suffice to run the auto layout tool once a week or so to keep things under control. A nice feature is that when you double click a free area of your desktop it hides all icons (except those you specified not to) so you can eyeball your awesome wallpaper or (in my case) the solid black background.

The next one is Sandboxie. Ever had doubts about what a particular piece of software would write on your hard drive? That it would corrupt other programs or Heaven forbid your Windows installation? Use Sandboxie! It gives each program it’s own “sandbox” and doesn’t let it play elsewhere. It can come in super handy if you are forced to run an insecure web browser (cough, IE, cough) or if you frequently install new programs to test them out. Something goes wrong? Never mind, it’s in the sandbox. Empty it and your Windows is squeaky clean again.

The last one for today is Tail for Windows. If you ever dabbled with Linux server administration you must know tail or its more useful cousin tail -f. I think there’s no respectable admin on this planet who didn’t do at least one tail -f access_log. What tail does is that it monitors a file for changes and practically it scrolls it front of your eyes as it happens to be modified. It’s particularly useful for access logs because you can have a real time oversight of what’s requested from your server. Now, if you ever needed this for Windows, there you go.

Aaand without further ado that’s a wrap for today. 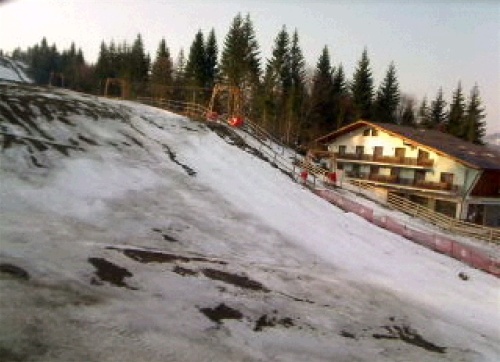 It looks like last weekend was indeed the season closer.

Do you have a Mac? Do you want to support Mac shareware? Need a great todo list management app, a web editor from the guys who wrote CSSEdit, two image editors, a couple of games and much - much more for just $39 from which 25% will go to the charity of your choice? Then check out the MacHeist 3 Bundle now!

As I’m writing this there are only 22 hours left to fetch all this at this incredible price. I’ve been one of the early buyers (bought it in the first day) and payed only $31 because I participated in every mission in heist (even from my ski holidays in Austria) then bit my nails off waiting for stuff to unlock. Luckily everything unlocked in time, just as it was predicted in the forums so now it’s time to sit back and enjoy the software.

Please note that I didn’t even use my referral link here because I managed to get the extra apps by referring not only the needed two but 9 (nine, NINE!) people via a “funny” comment on Digg. 9 people! I’ll repeat this: I managed to refer 9 people. I still can’t believe this as I couldn’t ever convince people to buy something. So I even went back to leave a thank you comment.

Edit: 11 people bought using my referral link. This is amazing!

Edit 3: Last hours or maybe minutes and almost $850,000 raised for charity. And when you think that a few short days ago they were struggling to get to $400k. All hail Times for getting the sales going again and boo the freakin’ fence sitters! Of course after Boinx TV unlocked and the bar for The Hit List and Espresso was set to $500k everyone started buying realizing that indeed, they will get unlocked. Freakin’ fence sitters… :-)

How to import / insert a large SQL file / dump into MySQL

Now that’s keyword stuffing! :) Actually with this entry I only want to further pimp one of the most successful posts on this blog: SQL Dump File Splitter. If you popped in here from Google check out the link. It’ll help you.

Don’t mind me please while I try out some stuff.

I briefly installed the IntenseDebate comment enhancer plug-in only to realize that while I liked the added functionality of threaded comments and the whole shebang of other functionality it brought along, I strongly disliked the fact that from the almighty G’s point of view the comments were not on my blog’s pages. So I uninstalled it to find that the two test comments I added while the plug-in was installed were stored in my local database too. Very nice and userfriendly touch, not the usual lock-in you find around the web. So, the fancy IntenseDebate got replaced with the much simpler Subscribe to Comments plug-in, which, while age old, does its job admirably well.

There won’t be any future Twitter digest posts either. If you wish to see my Twitter activity take a look at the right sidebar, or even better, go to Twitter.

reCAPTCHA showed up again. Why was it needed when I have Akismet activated anyway? Well, I don’t like my spam counter rising - even if every spam gets moderated. It takes a human only 5 additional seconds to solve a CAPTCHA and I haven’t seen one (ONE!) comment spam come through while using reCAPTCHA on the old version of the blog. So I gather that bots are having a real hard time with it.

Oh, and the blog has a logo now. Thanks Alin!