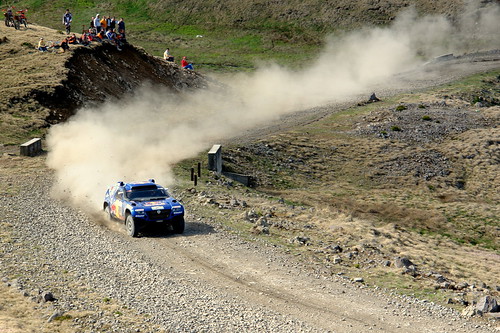 Hey, look what we had in Baia Mare. Or around Baia Mare. The Dakar Rally gang racing around… Did anyone knew about it? No. No media attention. Why? Because it was organized by Hungarians, it was held in Maramures (what, that county in the North-West?) and it didn’t involve Becali. Fuck this country.

Photo by Tamás Debreczeni (he has a whole set dedicated to the event). I wish I had my own photos but I was denied to take a day off.