The older Kindle (and its box) is always on the left. 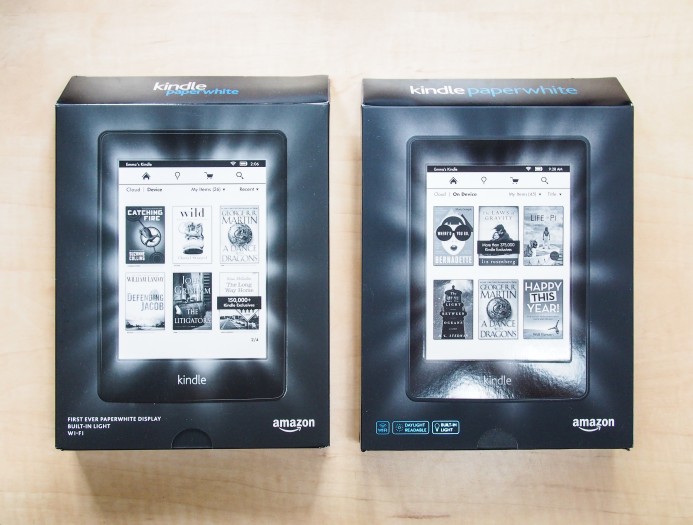 The front of the boxes 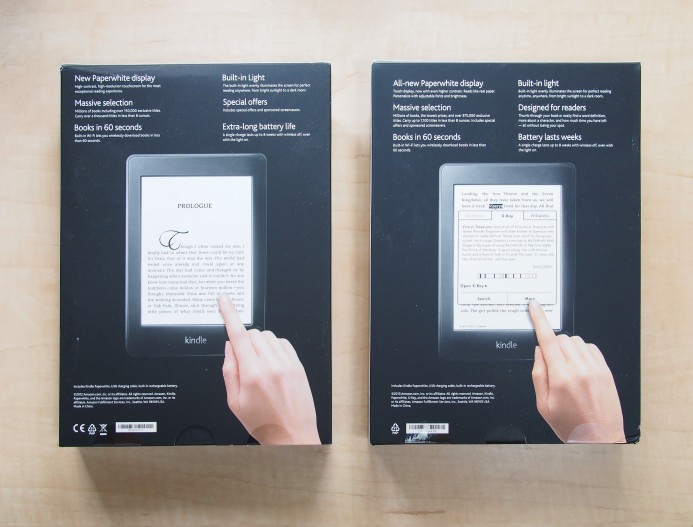 The back of the boxes 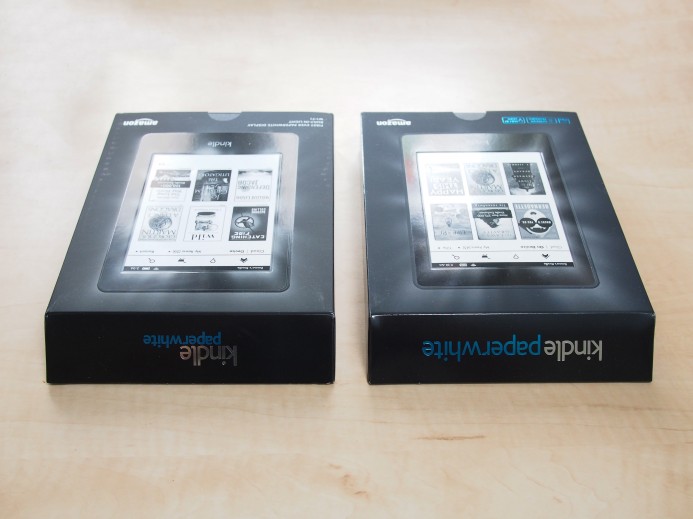 The top of the boxes 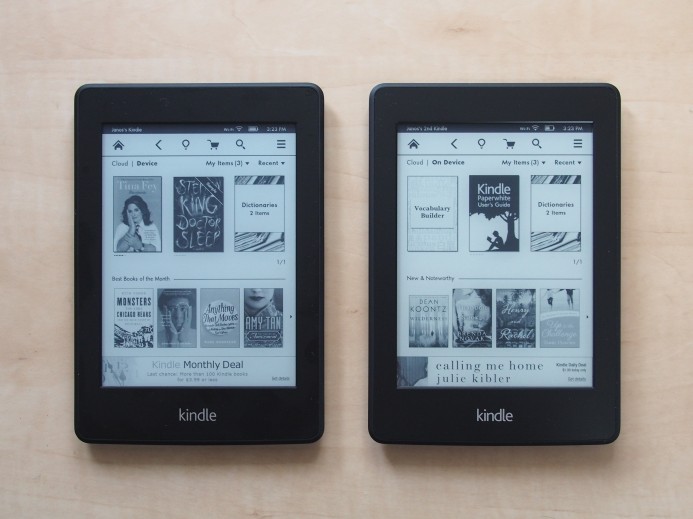 Front of the devices 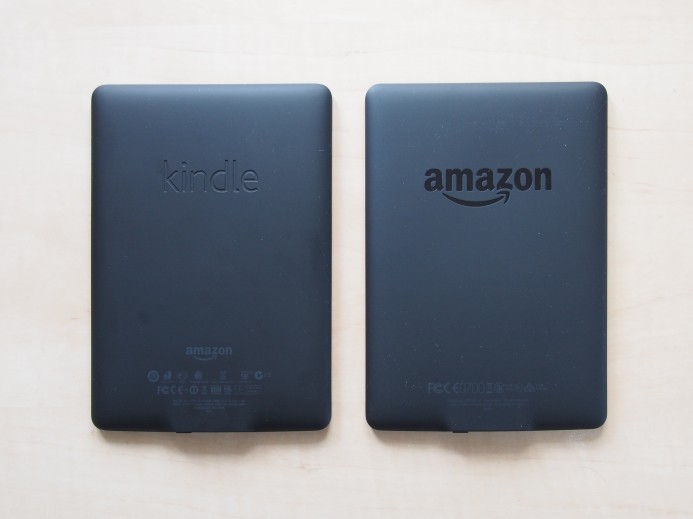 Back of the devices 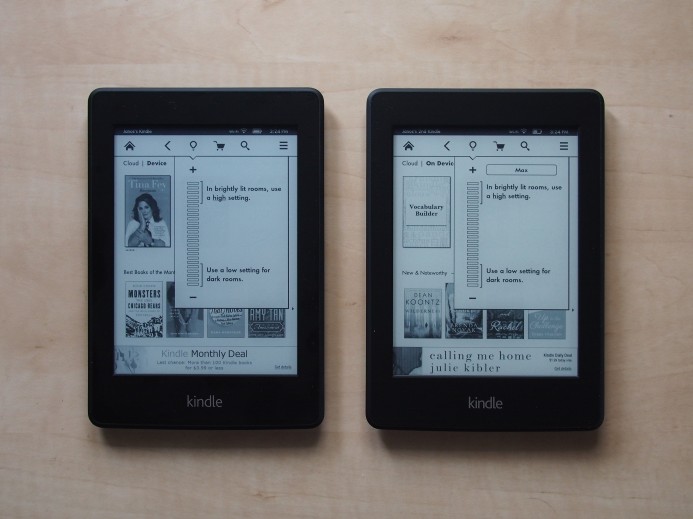 Home screens with the backlight on lowest setting 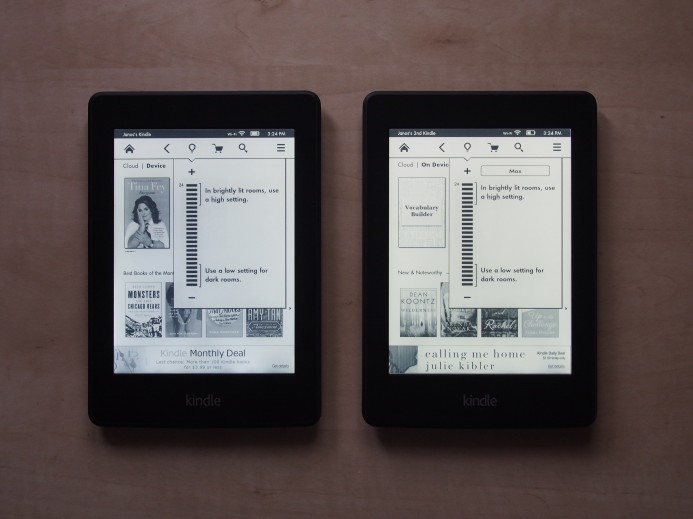 Home screens with the backlight on highest setting 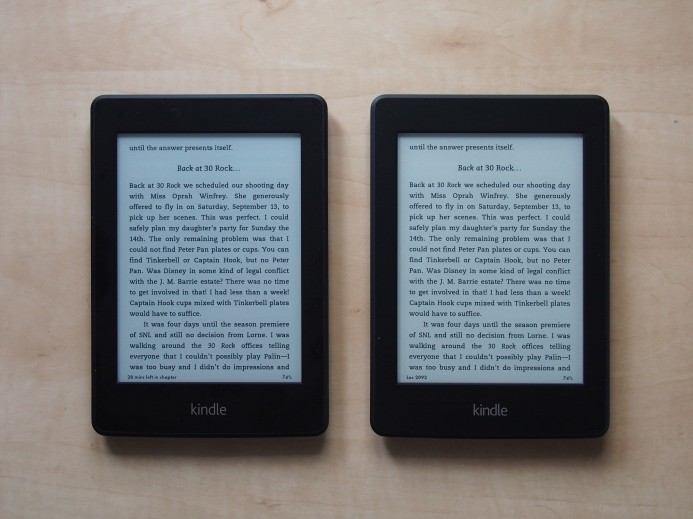 Reading screens with the backlight on lowest setting 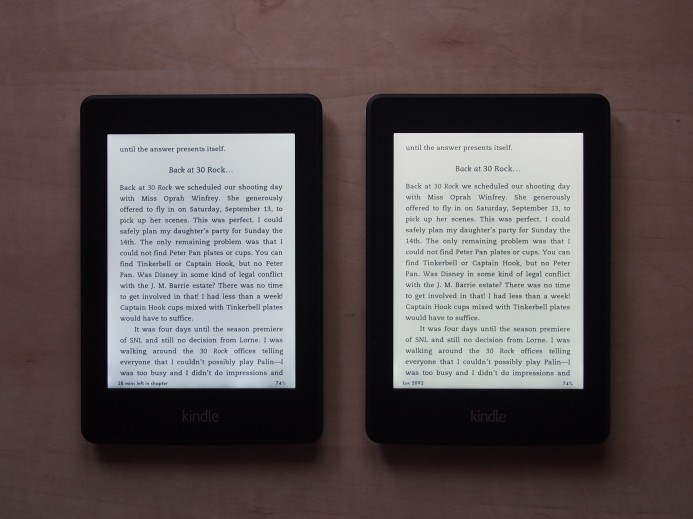 Reading screens with the backlight on highest setting

And now the backstory, or how I ended up owning two Kindle Paperwhites.

I had a second hand Kindle Touch for 2 months equipped with a book light I bought off eBay. But since I read almost exclusively in bed in the dark I used the book light a lot and it just wasn’t cutting it and I sort of decided a short while after getting it that I’ll upgrade as soon as possible. So on Wednesday when the Paperwhite appeared in stock on the website of one of the biggest Romanian electronics stores I quickly ordered it. This was in the morning, then I went in to work and put my Kindle Touch up for sale on the internal mailing list, explaining that I’m selling it because I did an upgrade. A colleague contacted me and asked if the Paperwhite is first generation or the second, I told him it’s probably the first and he proceeded to explain me about some illumination issues which were confirmed on Thursday when I received the device. By the way, by noon on Wednesday I have sold the Touch - long live the internal mailing list!

Then one day later Black Friday came and a friend showed me a link on another webshop, I said hey, this is the same price, to which he said, yeah but this is the second generation Paperwhite. About 5 minutes later I made an order… So now for a short while I’m the owner of two devices, but I’ll return the first gen on Monday.