I just did all the necessary magic (manual database tweaking, template modifications, uploading pics to the FTP) so an interview with DJ Hyper suddenly appeared on DrumAndBass.RO. The interview itself was done by Seb.

I must fit my TV tuner back into the computer. It’s been collecting dust for more than a year anyway. And now it looks like there’s finally something worth seeing on local cable: there are two episodes (I think) of Seinfeld each night on Pro TV.

Uuuh, they finally arrived! The CDs I ordered before Christmas from Juno. Namely: Adam Freeland’s ‘Now & Them’, Koma & Bones’ ‘Shutterspeed’ and Hybrid’s ‘Morning Sci-Fi’ which includes a bonus DVD. I have to urgently call a friend to borrow a DVD drive.

This package really made my day. And, why not, my week! Although tomorrow I’m going to pick up a double package from Threadless full of übercool tees! Unfortunately only two are mine. In fact only one is mine because the other one is a girly tee intended as a gift for my girlfriend’s birthday. Anyway, it looks like the Romanian postal service has suddenly recovered from the holiday craze…

I have no real opinion about the CDs yet since I’m in the process of listening to them. Freeland is the first on the list and the bass is rocking my socks so nicely. Yay! A happy-happy day! 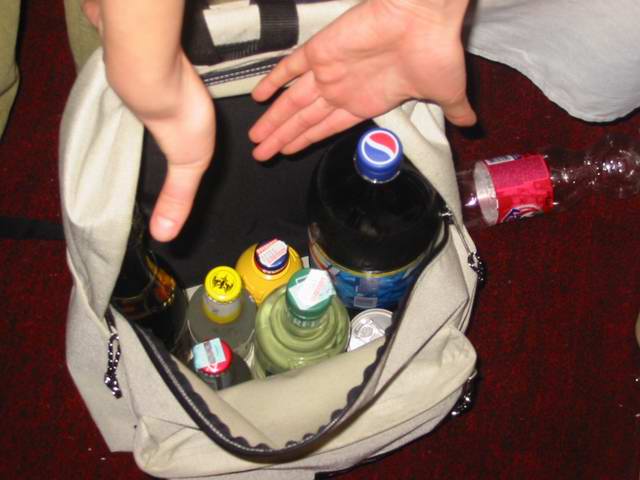 Well, it finally is. I’m talking about the madness associated with the winter holidays. I think today marked the end of it all, because I slept through most of the day. Relieving myself of almost all of the accumulated tiredness.

The New Year’s Eve party wasn’t as good as I planned or thought it would be. Why? Because the music mostly sucked. Badly. The average 15 tune playlist looked something like: 6 x Röyksopp’s ‘Eple’, 3 x Groove Armada’s ‘Superstylin’ and 2 x House of Pain’s ‘Jump Around’… The rest of the tunes (about 5 or 6) were different but surely heard each of them maximum one hour before. So, the whole playlist was basically repeating the same 10 tunes. The “party people” were not at all “party people” since everybody was sitting instead of shaking their ass. There were rare moments when almost all of the crowd started dancing, but these were really rare. Ah… All that spending caused by buying all those fine drinks… The second night was better. Not a lot better, but at least there was some more dancing and there seemed to be a better atmosphere. We left kind of early anyway.

I don’t know what conclusion to draw but I know one thing for sure: if I ever hear that ‘Eple’ tune again I’ll surely smash the thing that’s playing it with an axe. God! I surely, forcibly, listened to it at least 15 times in those two nights. It was surely the hit of the New Year’s Eve parties…

Yep… Looking forward for the fun with my friends tonight. Unfortunately I have to get ready so there’s no time to post right now. Even if I wanted to…

I wish everyone a very Happy New Year!