The day I traveled the most...

… was yesterday. It might look small from a world travelers’s perspective but for me it surely was a lot. During the night and early morning I traveled from Baia Mare to Bucharest and fortunately I was able to catch a good sleep so it didn’t wear me off at all. So I arrived to Bucharest at 8:30, went to the airport, said good bye to my guest, went back to the train station (Gara de Nord is a nice place, not!), McDonald’s once (icecream), some hours of waiting while listening among others to IT Conversations’ interview with Six Apart’s Ben and Mena Trott, McDonald’s twice (milkshake), then finally boarded the train to Timisoara.

And it was a very nice ride except the fact that one of my teeth started messing around and the left side of my face swell up slowly and beautifully. It was inconvenient but the countryside I saw starting around Drobeta Turnu-Severin was wonderful. I took lots of pictures hanging out the train’s window so I can admire the Danube and Portile de Fier at home along with the calcarous wonder mountains around Baile Herculane. And as I was taking photos of nearly everything outside there was an older mountain lover guy on the train (I could guess he was a mountain lover by looking at his hiking boots and comfy pants) who noticed my interest and started telling me the names plus additional infos about each peak and sight we saw in the distance. It was surely entertaining and time passed a lot quicker.

And so I arrived to Timisoara where I met my girlfriend and we’re getting ready for tonight when it’s time to party! I hope the antibiotics will help reduce that damn swelling which I see reflected in my friend’s 21 inch monitor in front of which I’m typing this.

The really small one

OK, if Kit (the guy who usually posts hardcore branding and advertising rants) posted this, I think I’m allowed post that picture on the right. :-)

The fact is that there were lots of small animals born lately in my parents house (and for the moment my house too). Mmm, not really lots but two puppies and three small kittens. Unfortunately we had to throw away two of the kittens because they had no future owners and we already have 3 cats and, no, we don’t intend to start a farm. My Mum is the usual killer, so now PETA has a new target. I know that sterilization would be a lot less cruel but that costs money and you know…

But let’s forget these dark thoughts for a moment and let’s look at the photo. I mean how can something be so damn cute!? I swear that if I could I’d keep it in my hands all the day. But it’s mother hardly protests against this. And what’s even more curious, how can such a cute thing evolve in something so gratious as shown in Kit’s photo?

(I think this was the last relaxed post before the second part of the ‘End of May’ craze starts.) 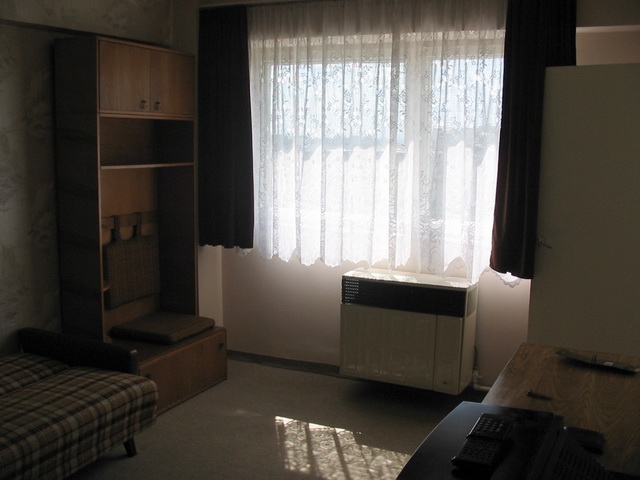 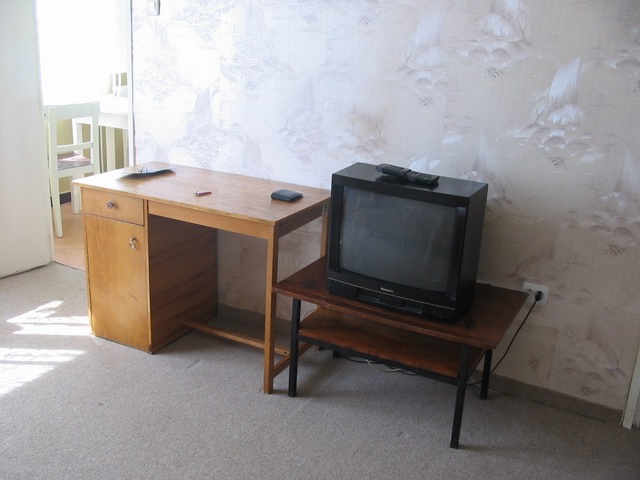 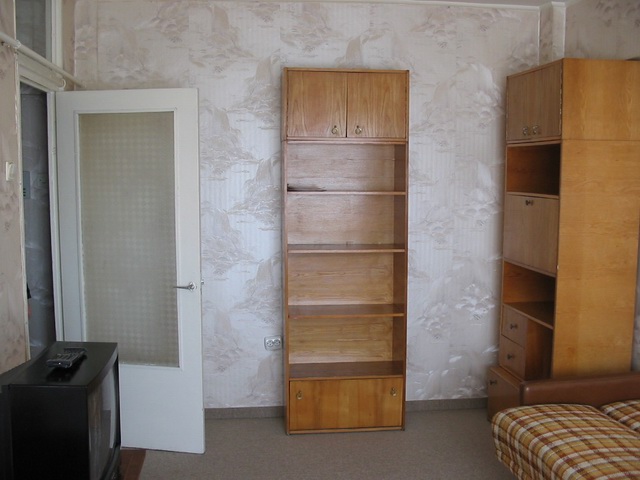 I want to thank all those that wished me luck in finding myself a cool appartment. As you can see I succeeded. It’s got one nice room, one bathroom and one kitchen for 80 Euros a month in a quite central part of Baia Mare. It’s more than enough for me. Now let’s see about that permanent Internet connection…

On the other hand I hope I will survive these next days because tomorrow night I have to get on the train to take my French partner back to Bucharest and wait until he takes his plane, than directly from there it looks like I’m going to Timisoara where I’ll meet up with the Romanian drum’n’bass massive and then home to install Internet and move my ass to the new place. Compare this to my usual relaxed schedule and it looks like pure madness! Especially the Bucharest part, a city that I truly hate as I can’t stand that permanent rush. But as nobody died yet from going to Bucharest I think I’ll manage. I’ll just be a little tired at Timisoara.

But I have a nice place to stay.

While almost all the weblogging community is bragging about it, in all this rush with the new appartment and everything I just took it and installed it. It went through without any problems and it works OK as I came to expect from a 6A product but the added features are a little too few to justify the new pricing schemes… Just my $0.02. I only have one weblog (this) so the licensing is not really a big problem for me. And I’m sure I won’t switch to other publishing systems soon… I’m just not in the mood and I really have no time for any upgrades now.

After 25 years of living with my parents and in their house I’m finally taking the big step: I’m moving out. The plan for the moment is to rent an appartment with 2 rooms in Baia Mare and right now I’m in the stage of browsing the ads to find something cool. My French partner will arrive on Friday so I will be rather busy for the next 2 weeks or so getting the appartment rented and installing the permanent Internet connection. This next period will be really mad so wish me a lot of luck. I can barely wait to have my own place even if I’ll have to come home each afternoon to eat a hot soup…

But I bet it’ll be different.