A full day is a happy day! 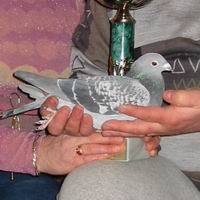 Exam in the morning. Woke up at 6:15 AM. Wrote all those stupid things… But all went well. Because of my legendary luck with exams I got seated right beside the girl (lady?) who’ll probably get the best grade. And since I sat beside her I couldn’t stop my Wandering Eyes™ not to wander on her papers. Plus, I had to do only a few points to get a passing grade, since I was really active the rest of the year. Spent most of my time at the blackboard. Economics is nice and I like it. But somehow all this management is not really suited for me… I don’t know. Anyway, I’m thinking about freezing my study year… And moving away from this small shitty town. But this “small shitty town” can offer a lot when the subject is not high tech. Because:

After I came home I gulped some food, called a friend, and not long after we were on the slopes. Boarding again. Fact is that this friend of mine gets nervous really easily and there was a trigger to get nervous there on the track today. There were about 10 - 15 people out, but 80% of these were Explaining Champions™. We just hate people who can’t stop explaining. They explained everything: how that guy came down the hill, how his skis were positioned, how he should have come down, how that snowflake fell… Everything. When in good mood I usually ignore wankers like this, and so I did today. But Steve just can’t. So he was nervous almost all the time. Too bad. He missed a good time. Which I had. I fell a lot today. But it was still great. Not so great as when I took my first dose but great anyway. What am I doing? Talking about the shades of great… :-)

Came down. While taking my boots off at my Grandpa, the phone rang. Mother. I should have gone to this guy, before going boarding, to take some pics of I-don’t-know-what-pigeon-flying-champion. So I met up with the guy and we went to this dude. Took a bunch of pictures for the local paper. We were invited for a drink after. I drank a capuccino but I was so eager to get home, because I haven’t changed my boarding clothes and my ass was freezing off! I’m home now. It’s warm. And it’s good.

Now take a look at the pic on the left. Imagine this pigeon taken out to Austria. And imagine him getting back in less than a day to Romania. More than 400 kms in a day! That’s a really amazing performance from such a small animal. Admirable.

I’m slowly getting ready for Cuba again… But tonight will be a short night. Because I really do have a lot of work to do.

It’s snowing heavily outside. Really heavily. And yesterday snowed all the day. Good chances to board today! Even in the snowfall.

Elasticity of the demand / offer

Elasticity of the demand:

C1 - the demand in the current period;

C0 - the demand in the initial period;

P1 - the price in the current period;

P0 - the price in the initial period;

And the elasticity of the offer:

O1 - the offer in the current period;

O0 - the offer in the initial period;

P1 - the price in the current period;

P0 - the price in the initial period;

And no… I haven’t gone mad. Yet… Just wanted to write these down. For further reference. Hahaha.

I don’t have the power to start learning economics now.

I spent all day writing code for three administration sections of an upcoming site. My brain is smoked out. Dead. I’m reading that stuff. But it’s just as I would be looking at the empty, white, paper.

It’s snowing heavily outside. So whatever happens tomorrow at the exam AND if the weather stays the same, I’ll surely take another dose. This time I’m taking my camera with me. I just don’t know how to pack it to ensure that I won’t break it. Well. I’ll see.

I just bid for a Palm m500 at the Romanian equivalent of eBay, okazii.ro. The offer was too cheap to miss it. Hehe.